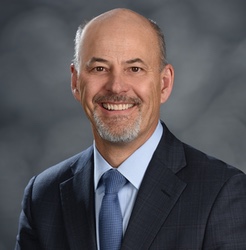 Mr. Ottoson has been in the energy industry for over 37 years. From April 2006 until he joined the company in December 2006, Mr. Ottoson was Senior Vice President—Drilling and Engineering at Energy Partners, Ltd., an independent oil and natural gas exploration and production company, where his responsibilities included overseeing all aspects of its drilling and engineering functions. Mr. Ottoson managed Permian Basin assets for Pure Resources, Inc., a Unocal subsidiary, and its successor owner, Chevron, from July 2003 to April 2006. From April 2000 to July 2003, Mr. Ottoson owned and operated a homebuilding company in Colorado and ran his family farm. Prior to 2000, Mr. Ottoson worked for ARCO in management and operational roles, including serving as President of ARCO China, Commercial Director of ARCO United Kingdom, and Vice President of Operations and Development, ARCO Permian.