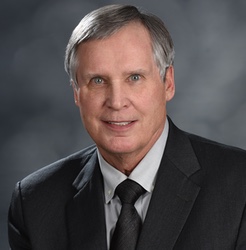 Mr. Leiker was an executive with EOG Resources, Inc., until his retirement in September 2011. EOG is one of the largest independent oil and natural gas companies in the United States. Mr. Leiker served EOG as Senior Executive Vice President of Exploration from February 2007 to September 2011. Prior to that appointment, he held a variety of executive officer positions with EOG and its predecessor, Enron Oil and Gas Company. Mr. Leiker started his career in 1977 at Tenneco, Inc., where he held a variety of domestic and international technical and managerial roles until the sale of the company in 1989. Mr. Leiker has been a director of Vermilion Energy Inc. (VET: Toronto) since December 2012, a director of Navitas Midstream Partners since May 2014, and served as a director of Midstates Petroleum Company, Inc. (NYSE: MPO) from December 2011 until his resignation in March 2015.

Mr. Leiker has been a director since 2012 and currently serves as a member of the Audit Committee and the Executive Committee.