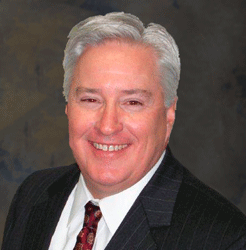 Mr. Newton joined the Company in December 2006 as General Manager for the Midland, Texas office.

He was appointed Vice President and Regional Manager of the Permian region in June 2007, and was appointed Senior Vice President and Regional Manager in May 2010. Mr. Newton has over 35 years of experience in the energy industry. From November 2005 to November 2006, Mr. Newton served as Project Manager for one of Chevron’s largest Lower 48 projects. Mr. Newton joined Pure Resources in February 2003 as the Business Development Manager and worked in that capacity until October 2005. Mr. Newton was a founding partner in Westwin Energy, an independent Permian Basin exploration and production company, from June 2000 to January 2003. Prior to that, Mr. Newton spent 21 years with ARCO in various engineering, operations and management roles, including as Asset Manager, ARCO’s East Texas operations, Vice President, Business Development, ARCO Permian, and Vice President of Operations and Development, ARCO Permian.