Home > William Sullivan – Chairman Of The Board 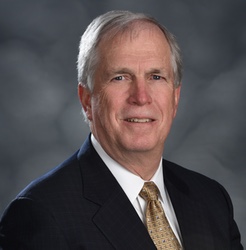 Mr. Sullivan is a retired oil and gas executive who was with Anadarko Petroleum Corporation, a large independent oil and natural gas exploration and production company, for over 20 years. Mr. Sullivan retired from Anadarko in August 2003. Mr. Sullivan has been a director since August 2007, and Non-executive Chairman of the Board since May 2015, of Tetra Technologies, Inc. (NYSE: TTI), an oil and gas services company. Since June 2011, Mr. Sullivan has been a director and member of the audit committee of CSI Compressco Partners GP, Inc., which is the general partner of CSI Compressco, L.P. (NASDAQ: CCLP), a publicly traded limited partnership providing wellhead compression-based production enhancement services. CSI Compressco GP, Inc. is a minority-owned subsidiary of Tetra Technologies, Inc. From March 2006 to September 2018, Mr. Sullivan served as a director of Legacy Reserves GP, LLC, which is the general partner of Legacy Reserves LP (NASDAQ: LGCY), a limited partnership focused on the acquisition and development of producing oil and natural gas properties. From February 2007 until May 2015, Mr. Sullivan was a director of Targa Resources GP LLC, which is the general partner of Targa Resources Partners LP (NYSE: NGLS), a midstream natural gas limited partnership engaged in the business of gathering, compressing, treating, processing, and selling natural gas, and fractionating and selling natural gas liquids (“NGLs”) and NGL products. Mr. Sullivan was with Anadarko Petroleum Corporation from 1981 to August 2003. From August 2001 to August 2003, Mr. Sullivan was Executive Vice President, Exploration and Production at Anadarko. Mr. Sullivan also served Anadarko as Vice President, Operations—International, Gulf of Mexico, and Alaska in 2001, Vice President—International Operations from 1998 to 2000, Vice President—Algeria from 1995 to 1998, and Vice President—U.S. Onshore Operations from 1993 to 1995

Mr. Sullivan has been a director since 2004, and currently serves as Chairman of the Board and Chairperson for the Executive Committee.