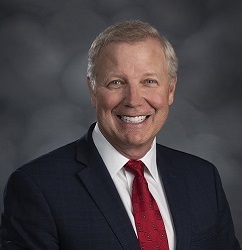 From 1991 to 1994, Mr. Whitcomb worked for Anderman/Smith Operating Company as a Gas Contract Analyst, during which time his primary responsibility was to resolve take-or-pay gas contract disputes. Mr. Whitcomb began his career in the industry in 1986 with Apache Corporation, where he worked as an Internal Auditor for several years and then moved into marketing as a Gas Controller and Gas Contracts Analyst.